Quito, Ecuador, Atlantic Wind & Solar (OTC: AWSL), with affiliate and co-developer Atlantic Energy Ecuador, is pleased to report the receipt of notice from the National Electricity Council of Ecuador (CONELEC), confirming that two initial photovoltaic (PV) projects in the Province of Esmeraldas are to proceed under Ecuador's feed-in tariff program.

The $150 million (USD) plants, representing 2 phases, will be built in the province of Esmeraldas and will be larger than any currently operational PV plant in South America.

The projects combined represent 58.43 MW of DC solar PV generation. Each site represents 25 MW AC of nominal generation and will be located in the towns of Lagarto and Tonchigue respectively.

The plants will generate in excess of 86,000 MWh per year of clean electricity, enough energy to power 85,000 households, while offsetting annual CO2 emissions by nearly 50,000 metric tons - the equivalent of taking 10,000 cars off the road each year.

This advancement follows the successful completion of technical studies including, grid impact assessments, risk and environmental analysis and economic feasibility studies, each approved by CONELEC.

The construction phase of the project will employ an estimated 500 workers. Under a corporate social responsibility plan Atlantic will improve the area's utility infrastructure, contributing 50% of associated costs in partnership with the local distribution company, plus build two playgrounds for the local children.

Lead developer in the project, Atlantic Wind & Solar’s CEO Gilles A. Trahan comments "These initial solar power generating facilities in Ecuador reaffirm Atlantic’s strategy to develop similar scale projects in new emerging markets where such social and environmental advancements have an immediate impact on the quality of life for all residents. We believe Ecuador’s progressive example will help fuel growth in the South American energy market for the next ten years.”

The electricity authority of Ecuador announced on May 14, 2011 the adoption of a Feed-In-Tariff (FIT) program for solar photovoltaic, wind, hydro and biomass energy generation. Under the terms of the FIT, the electrical authority will purchase the power produced by solar PV at a rate of .4003 per KWh.

While in the nations capital, Quito, Ecuador, Atlantic Chairman and CEO Gilles A. Trahan met with several key officials in the National Assembly and Ministry of Strategic Affairs while discussing the advancement of several Power Purchase Agreements and ways to contribute to helping the Country achieve further energy sustainability and independence.

During Mr. Trahan's recent visit he met with Sergio Ruiz Giraldo, General Council Ministry of Strategic Sectors, Member of the Board of Directors of CONELEC, Permanent Representative of the President to the Board, and Minister Jorge Glas, Minister of Strategic Areas and now running mate with the President Rafael Correa.

President of the Assembly, Sr. Fernando Cordero Cueva, and Mr. Gilles Trahan are seen here standing in front of the country's national flag.

Mr. Trahan comments "We believe that South American countries such as Ecuador are some of the best positioned markets in the world to leverage the benefits of large scale photovoltaic solar farms" adding further "This positioning is not only based on geography, being so close to the equator while offering some of the highest solar irradiance levels in the world,  but also due to the region's increased economic status' and rapidly evolving energy demands." 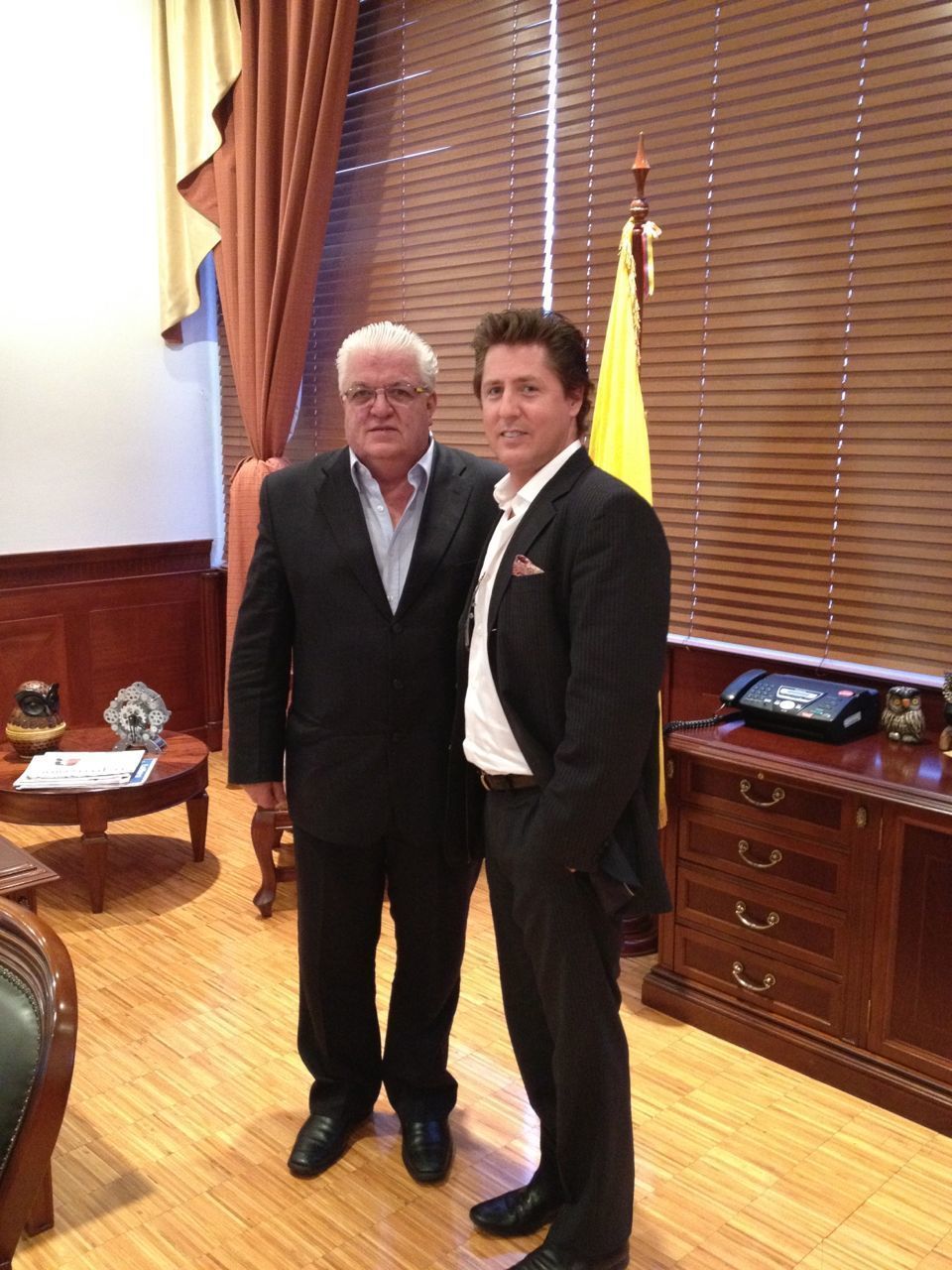 Disclaimer: Shareholders and investors are strongly cautioned against placing undue reliance on information set forth within this website and these communications in making any investment decisions concerning our securities. The matters set forth in this press release are forward-looking statements within the meaning of the "safe harbor" provisions of the Private Securities Litigation Reform Act of 1995. These forward-looking statements are subject to risks and uncertainties that may cause actual results to differ materially. These risks are detailed from time to time in the Company's periodic reports filed with the OTCMarkets.com including the company's Annual Report, Quarterly Reports and other periodic filings. These forward-looking statements speak only as of the date hereof. The Company disclaims any intent or obligation to update these forward-looking statements. Nothing within this site is meant to be a solicitation to buy or sell oir securities. Investing in over the counter (OTC) securities often carries a high degree of risk. Please contact your financial advisor before investing in our securities.